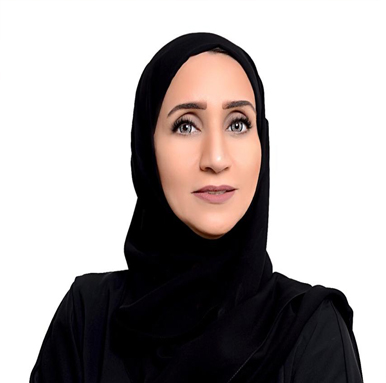 Women are a growing force in the world of project cargo and maritime, represented in every sector of the industry, but it is still significant to note that they make up only an estimated 2% of the world’s maritime workforce

According to the International Maritime Organization, “There is ample evidence that investing in women is the most effective way to lift communities, companies, and even countries. Countries with more gender equality have better economic growth. Companies with more women leaders perform better. Peace agreements that include women are more durable. Parliaments with more women enact more legislation on key social issues such as health, education, anti-discrimination and child support. The evidence is clear: equality for women means progress for all,” and in the Arab world, we are, in fact, moving towards this

Women are essential to a viable and robust future for shipping. Diversity is important because it brings in the skills that move an industry forward. Shipping and project cargo are no different. Nowadays, the industry is becoming more complex and more reliant on automation and AI with the progression of technology. To be an effective employee in the industry, you don’t necessarily need a strong back — you need a strong mind

One does not have to be an older, analytical male with experience on a boat to be a part of the industry. These preconceptions are elements that may hinder the industry’s progression in terms of diversity and development. In order to recruit the talent that will allow for development and innovation, the industry needs to be seen as diverse, young, adaptive, and digital

Since its establishment in October of 2017 by the International Maritime Organization, as well as strong and extraordinary Arab women, AWIMA has taken major steps in creating awareness, empowering, and recruiting women within the industry. People are now acknowledging these movements not only internationally but in the middle east, and the UAE in particular. AWIMA’s goal is not to take over, but to coexist, as well as share and harmonize ideas and skills with their male colleagues that will be a contribution to the industry. Acknowledging the gap was the first step and we have made huge progress. Now, we must push for progress together and ultimately close the gender gap.

Well-educated and equally experienced, Eng. Hessa Ahmed Hamdan Al Malek has been a trailblazer in maritime both regionally and globally. Accomplishing a number of noteworthy achievements on both personal and professional levels, she has paved a path for ambitious women all over the world to follow. Currently, Eng. Hessa serves as the Executive Director of the UAE Maritime sector at the Federal Transport Authoirty for Land and Maritime – UAE.

With over 20 years of experience in distinctive fields such as urban planning and development, maritime transport, land design and management, and public works, Eng.Hessa is well-versed as it pertains to the ins and outs of the industry. Her expertise includes:maritime strategy, policy, and governance in the maritime sector, maritime legislation,maritime education and training, port development infrastructure, as well as certifications in a number of maritime training courses related to strategy, policymaking, management,human resources and more.

Prior to joining FTA, she worked in the Ministry of Public Works for 14 years as she was promoted from Project Manager in 2000 to Undersecretary Assistant for Public Works in 2012.

During her work at the Ministry, she gained extensive experience, leadership and management skills, especially in the management of the public works management such as effective design, implementation and management of engineering projects and maintenance (buildings - roads) and specialized knowledge associated with urban planning and GIS.

In her current post at the FTA, Eng. Hessa is ultimately contributing to the prosperity of UAE maritime by successfully fulfilling her responsibilities of supervising all works of the local maritime sector at a federal level. This encompasses updating the UAE’s new maritime law, enhancing maritime education, protecting the country’s maritime infrastructure, overseeing ship registration development, and representing the nation in industry related events.

Furthermore, Eng. Hessa also plays a key role in the strategic framework of the UAE’s policy and strategies for maritime administration by acting as the head of the Maritime Technical Executive Council.

Today, Eng. Hessa is also the President of the Arab Women in Maritime Association (AWIMA), where she continually strives to empower and encourage aspiring females to remain relentless in their pursuit of a maritime career. Through these efforts and an unwavering work ethic, Eng. Hessa as become an inspiration for countless women who are seeking to enter and make a name for themselves in the maritime industry.

The President of AWIMA was elected by the member states in the second regional meeting of Arab women working in the maritime sector from 20 April 2019 for a period of two years in a row.