THE PROCEEDINGS OF THE SUSTANABLE BLUE ECONOMY CONFERENCE

The Director of the General Secretariat Miss/ Shireene Galal and the rapporteur  of the Association Mrs. Radhia  ElTalbi  have attended the Sustainable blue economy conference with the support of theIMO  from 26th till 28th of November 2018 in Nairobi , Kenya. 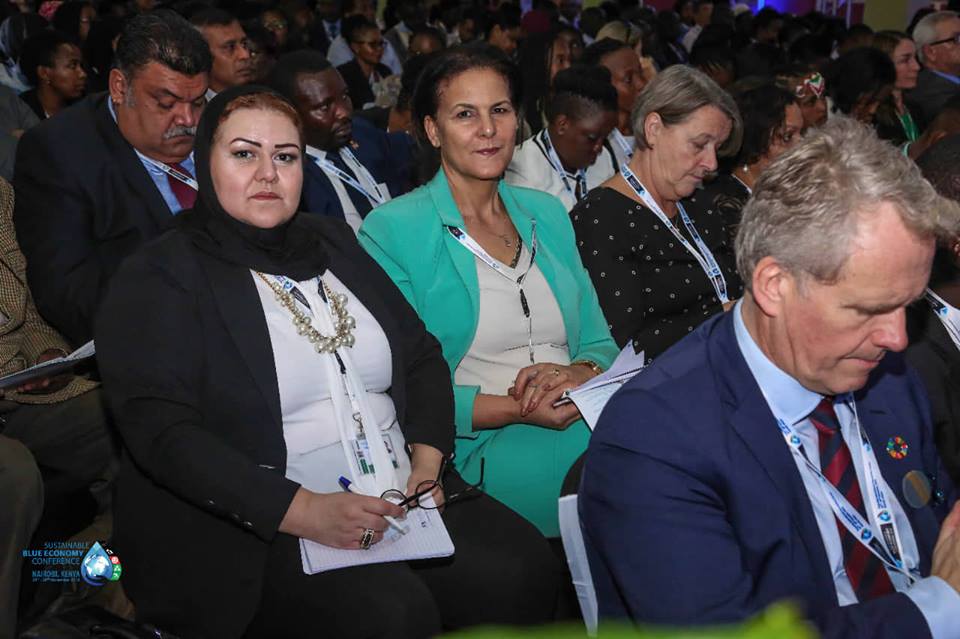 Kenya hosted the first Global conference that discusses the sustainable global blue economy that was held in an international Kinyata center for conferences in Nairobi from 26 till 28 November 2018.

With the title of “Blue economy and the Sustainable Agenda for 2030 “.

The participants during the 3 days conference have participated in the discussions that focus on how to achieve sustainable usage   and how to conserve water resources, including oceans, seas, lakes and rivers to improve human well-being, social justice and healthy aquatic ecosystems.

The invitation to attend this grand conference extended to the global community such as Governments and organizations.

Companies, private sector and experts from all over the world have stopped insisting on the sustainable pursuit of the blue economy.

They have been invited to attend , participate ,exchange ideas and point of views, to provide guidance about knowledge , techniques and new innovations and to recommend long term strategies, including experience that can boost cooperation and sustainable projects in economic, social , environmental, technological , scientific and governance aspects of the blue economy. 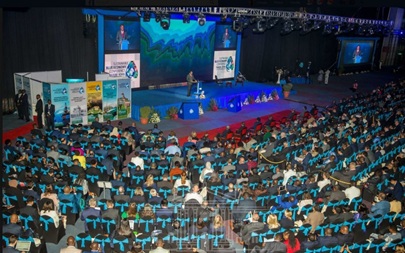 Workshops for women have been held to support the 5th goal of the sustainable development which is gender equality. The AU has praised the African Women Association WIMAFRICA   in western and Central  Africa, it has been nominated the AU award during the workshop for its outstanding efforts.

Arab’s Women Association in Maritime sector workshop WOMESA in Eastern and Southern Africa that has discussed gender equality within the concept of maritime groups and has given presentations about supporting women in general.

The representative of  Nor- shipping company emphasized that the sustainable use of ocean’s resources to have a   healthy economic growth, improving jobs and the validity of ocean’s ecosystems.

Their work depends on the goal number 17 of the sustainable development which is partnership.