The Director of  the Secretariat Miss. Shireene  Galal attended the second conference \ the Annual meeting of the General Assembly for African Women in Africa(WIMAFRICA)  with the support of the IMO, 29- 30 October 2018 , in Lantana Hall, Eko Hotel, Victoria Island, Nigeria.

The meeting was about “Trade Facilitation for African Integration- Horizons and Challenges.”

In addition to the previous discussions about the possible ways to support the cooperation between the two parties.  It was held Sharm ElSheikh - Egypt on 19\9\2018, the fourth annual meeting .

The Permanent Director of the General Secretariat declared her intentions to invite WIMAFRICA.

To attend the first meeting of the Association (AWIMA), that will be held in Alexandria - Egypt on the first quarter of the year 2019. WIMAFRICA appreciated that it will attend this continental conference as a supervisor.

To clarify AWIMA’S situation that has been established in October 2017, the national entity is still under construction. The reason of participation is to establish a way of communication with other Women’s association that is established in Africa, to exchange knowledge and to learn from each other.

The main topic of the IMO on the Global Maritime day in 2019 is to empower women in the Maritime community, what are the achievements that the WIMA organization should acquire and to raise the flag of gender equality.

Thanks to IMO TCC team for supporting this commission and the conference team for this chance that helped them to get some maritime interests. 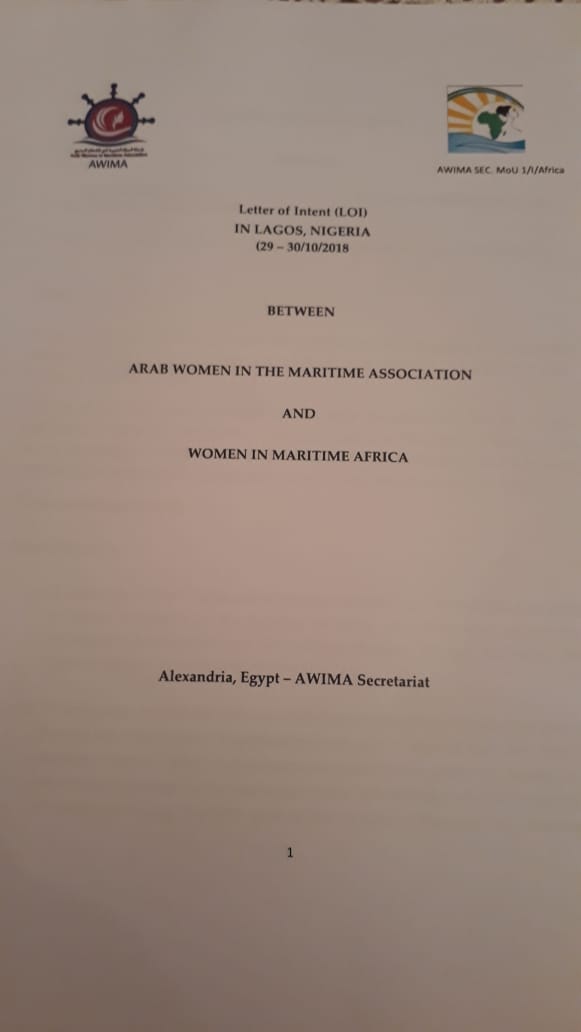 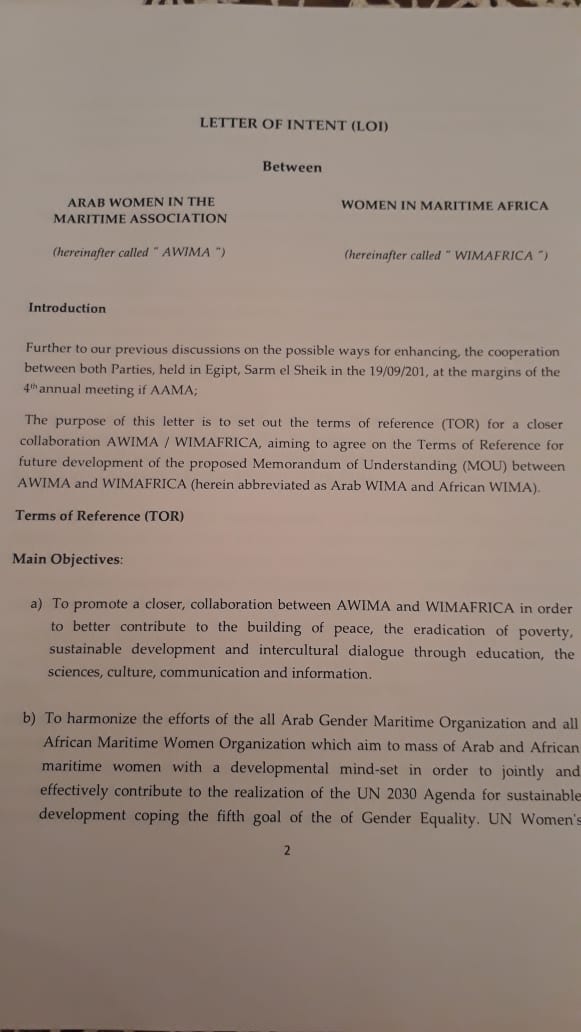 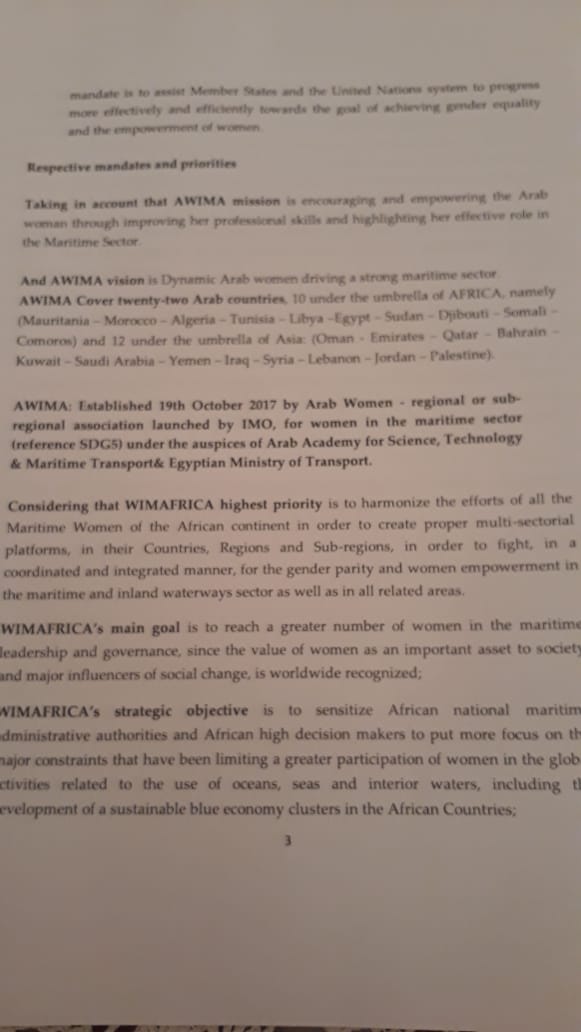 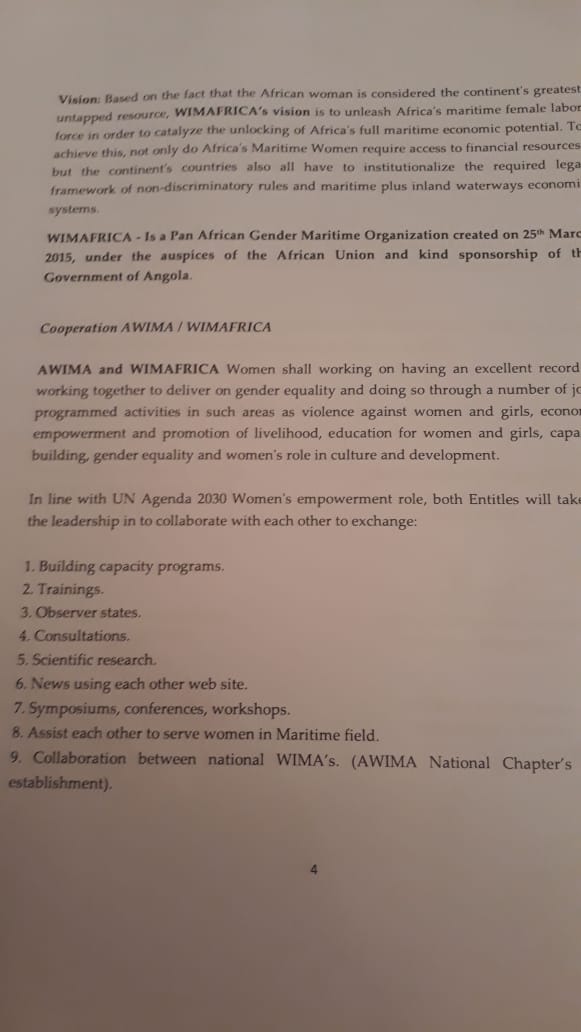 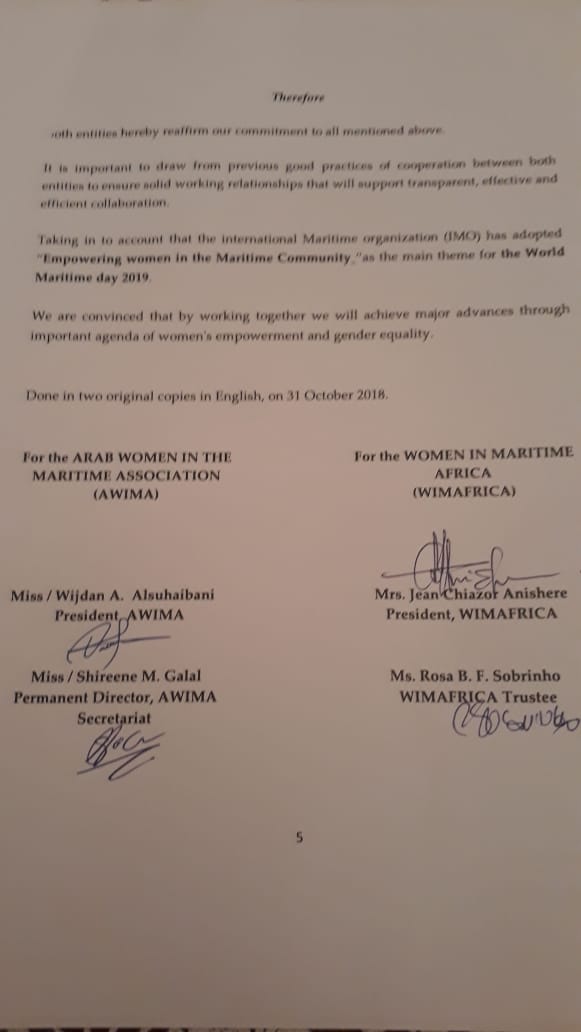